Thank you for your interest

Your information has been received. Our sales team will contact you for initial project information. 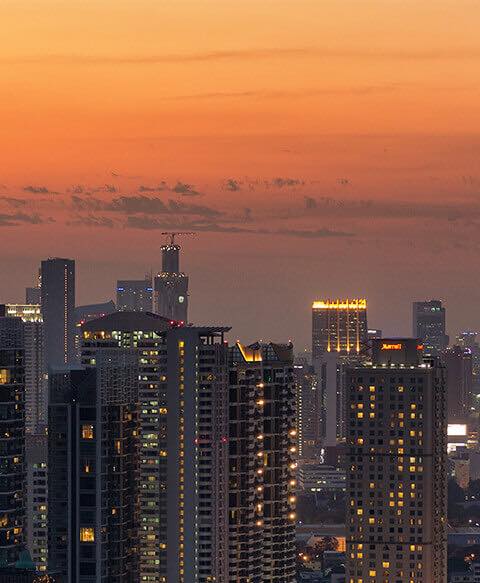 01
Why investing in Bangkok Property?

Regarded as the second largest growing economic market in South East Asia and positioned as Asia’s most visited tourist destination, Thailand and its capital city BANGKOK has always been a top choice among real estate investors worldwide.

02
Why investing in Pattaya Property?

Renowned as the world’s charming beach city nestled on the east coast of the Gulf of Thailand, Pattaya is one of the fastest-growing leisure destinations with the highest hotel occupancy rates, welcoming more than 12 million local and international tourists each year.

Owning a Habitat Group Property does not only deliver you ‘the best yield’ but also deliver‘ the best in work, life, balance’.

Why investing in Bangkok Property?

When it comes to property investment, location is always the key consideration. For almost a decade, the demand for luxury condominiums has been largely concentrated in the inner Sukhumvit area and in Bangkok’s CBD, particularly in the Asoke-Phrom Phong-Thonglor area – an upscale and vibrant neighbourhood where property price keeps skyrocketing each year due to the scarcity of land for new development. Most significantly, this prime downtown location also offers a rental yield as high as 6 percent, thanks to the BTS Sky Train Sukhumvit Line, which currently provides direct service as far as Pathum Thani Province to the north and Samutprakarn Province to the east and connected to MRT Subway Station. In addition, these desirable downtown neighbourhoods are also peppered with Grade-A office buildings, 5-star hotels, leading hospitals, international schools as well as exciting range of entertainment venues to attract working professionals and executive expatriates. Investing in condominiums not only gives investors an annual return from renting, but also generates capital gains from sales, as the prices regularly climb. The return on investment for the overall luxury market has been relatively high over the past five years.

Eyeing the endless opportunities of investing property in Bangkok’s CBD, Habitat Group has developed luxury low-rise condominiums under the brand “WALDEN” with green living concept design in Bangkok’s most desirable neighbourhoods for Europeans, Japanese and upscale Thais including: 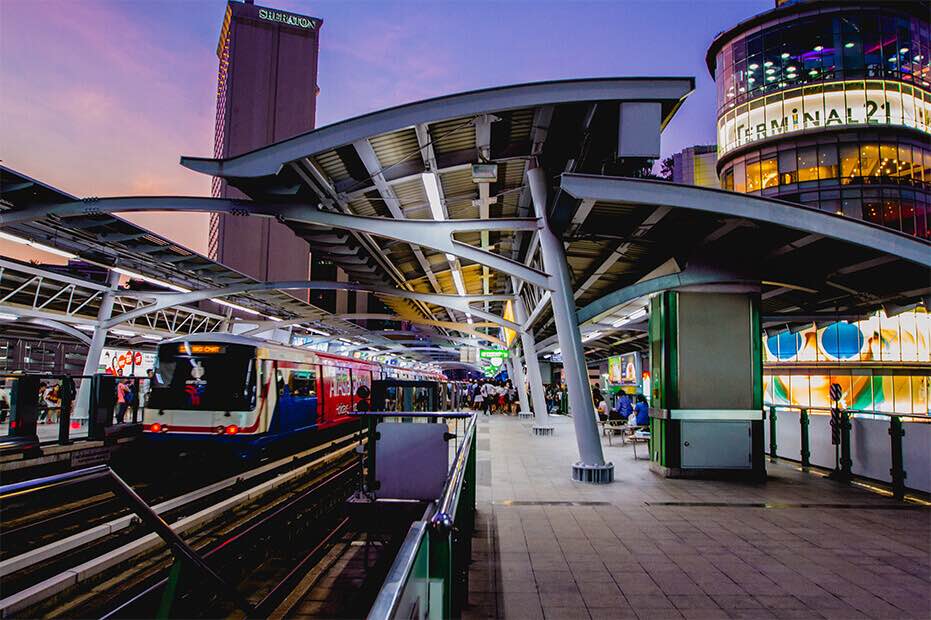 A DYNAMIC NEIGHBORHOOD IN THE HUB OF TRANSPORTATION

Asoke is known as Bangkok’s hub of transportation and business center strategically located at the intersection of the BTS Sky Train (Asok Station) and MRT Subway (Sukhumvit Station). Just one station from MRT Sukhumvit, you will reach Phetchaburi Station connected to Airport Rail Link at Makkasan Station where you can easily get access to Suvarnabhumi Airport. This dynamic neighborhood is also home to Terminal 21 Shopping Mall, Grade-A Office Buildings, 5-star hotels as well as upscale bars and restaurants.

Phrom Phong is an upscale multicultural neighborhood named after Soi Phrom Phong (Sukhumvit 39). It is home to The EM District – the world-class shopping destination comprising The Emporium, The EmQuartier and the forthcoming EmSphere located next to Benjasiri Park built on 11.6 acres (47,000 square meters). Phrom Phong is another prime office location – home to Bhiraj Tower connected to EmQuartier and 41-storey Emporium Tower. Being the epicenter of shopping, leisure and all the necessities to meet urban life, Phrom Phong undoubtedly attracts both upscale locals and expatriates, particularly Japanese and Korean. The average price of condominiums in Phrom Phong is approximately 250,000 – 350,000 baht per square meter. 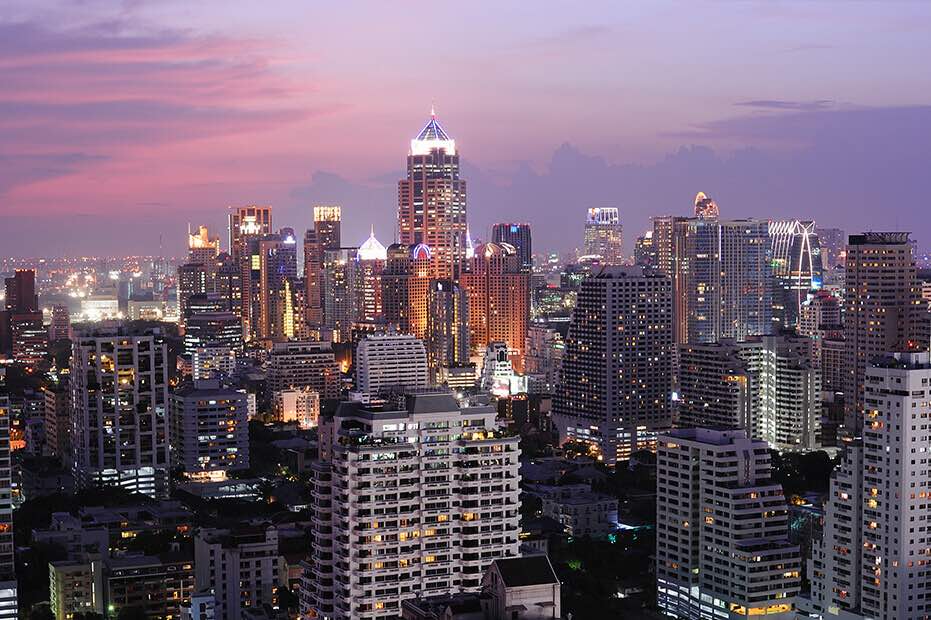 A CHIC, TRENDY NEIGHBORHOOD IN A CITY THAT NEVER SLEEPS

Known as ‘A City that Never Sleeps’, Thonglor (Sukhumvit Soi 55) is Bangkok’s hippest district and most desirable neighborhood for executive expatriates, featuring trendy fashion stores, community malls and upscale eateries, bars and restaurants as well as chic hangout spots. This trendy neighborhood is nestled in a very convenient prime downtown location close to BTS Sky Train (Thonglo Station) as well as the upcoming mass transit Bangkok’s Monorail Grey Line linking Watcharapol in northern Bangkok with Thonglor (comprising 15 stations) and interchange at Thonglor BTS Station to control traffic congestion. Condo prices in Thonglor have surged 40% for the past 5 years, approximately 250,000 – 350,000 baht per square meter. The rental rates of high-end condominium in Thonglor are 1,000 baht per square meter per month with average rental yield of 4-6 percent. Most tenants are Japanese, European and Americans who work in Bangkok’s Central Business District.

Why investing in Pattaya Property?

Today, Pattaya is not just a dream travel destination, but the lucrative investment destination for investors due to its rapid growth driven by the Eastern Economic Corridor’s infrastructure development plan including the high-speed rail linking to the 3 airports (Don Mueang International Airport, Suvarnabhumi Airport as well as U-Tapao Airport), Map Ta Phut and Laem Chabang sea ports (Phase III) and a new 32-km Pattaya-Map Ta Phut Motorway Extension, not to mentioned the upcoming Pattaya Monorail Green Line Project running from Pattaya City Hall in the north of the city to Bali Hai Pier in the south to be constructed as early as 2023. This 21-billion-baht project will include a 40-rai station comprising shopping mall, hotel, condominium and sky park being built nearby. 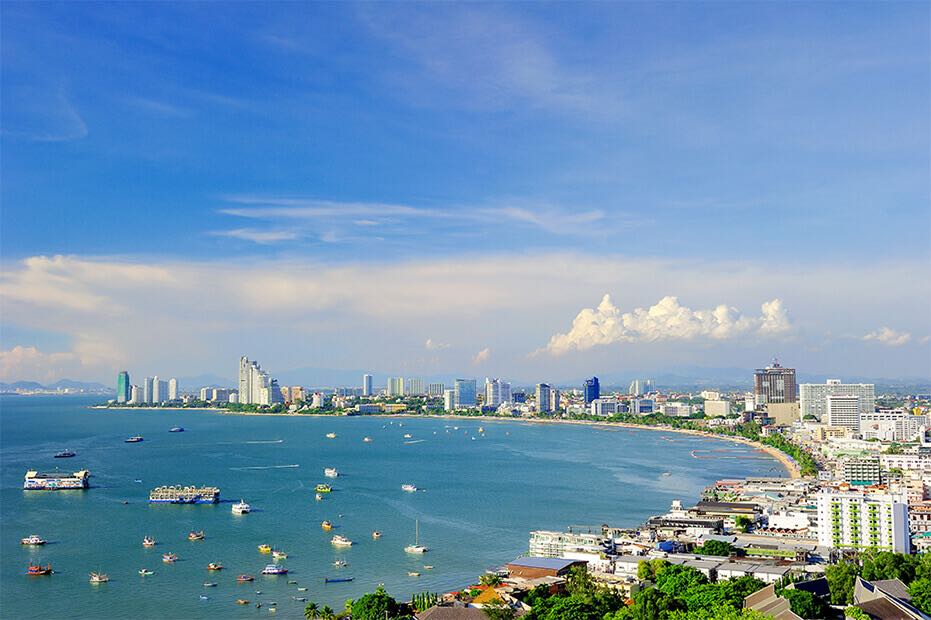 With influx of mass industry and infrastructure developments, it will significantly shape the future of Pattaya – the next Miami of Asia and significantly surges the real estate prices in the next few years. Land in Pattaya will also see big increases. The burgeoning population of Bangkok will also drive the growing demand for “vacation homes” and “second homes” for leisure, relaxation and retirement residences in the Pattaya area.

When it comes to ‘Lifestyle Investment’, Habitat Group is a pioneer in creating this unique business model. We do not only sell the products and services with attractive investment program that offers you a long-term passive income, but we also deliver you the best in work-life-balance and happiness that you are dreaming of. 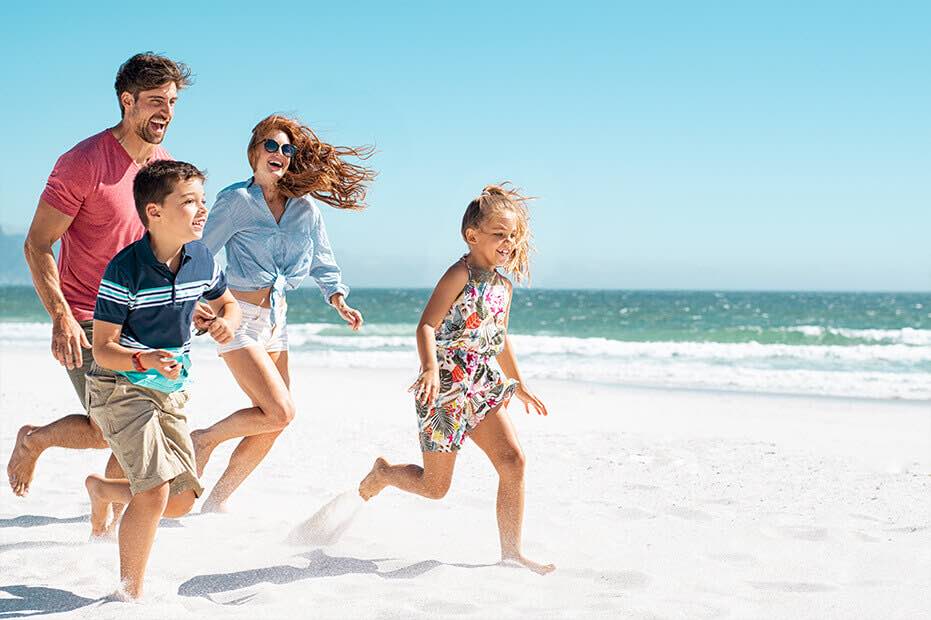 Once you invest in Habitat Group property, you will enjoy a 30-year passive income and other exclusive privileges including:

First and foremost, you will experience a hassle-free investment management as the property will be professionally managed by world-class hotel chains like Wyndham Group, Best Western Hotels & Resorts and Cross Hotels & Resorts. This ensures our investment program is reliable and attractive in terms of realist return while experiencing the highest standard of quality and convenient living as well as superior rental yields and long-term asset gain as well as world-class services that are beyond customer expectation. With its comprehensive rental management program, investors do not have to worry about finding tenants or deal with maintenance and repair issues.

Conducting a business under the core belief of ‘being different’, Habitat Group strives to develop distinctive products with world-class innovative design and incomparable product quality to elevate the living experiences of residents while offering remarkable investment program with competitive price and healthy ROI for investors – echoing its corporate tagline ‘Invest Remarkably, Live Extraordinary’. 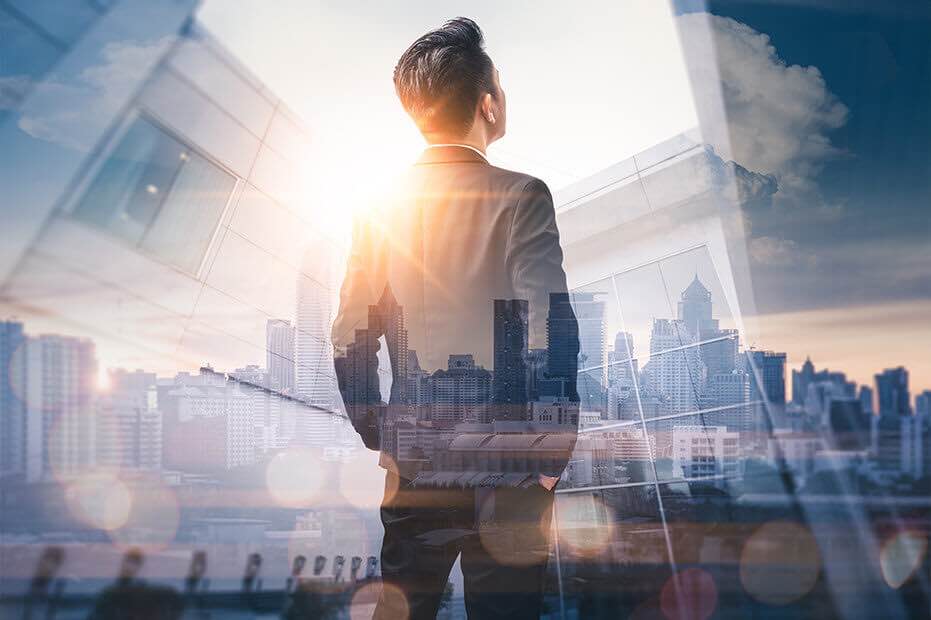 During the past 8 years, Habitat Group has successfully developed 13 residential projects in the best prime locations of Bangkok and Pattaya with total gross project value of more than 10,000 million baht. As of December 2020, Habitat Group won 56 prestigious awards from various renowned organizations both national and regional levels. This underlines our success in developing high-end properties to reach world-class standard in terms of incomparable product quality and splendid design.